Allen Iverson‘s impact on the NBA and game of basketball-at-large has been well-documented, but before “The Answer” went on the shake-up Michael Jordan, he flirted with the idea of pursuing football. If you didn’t grow up in Virginia’s Seven Cities or haven’t closely followed Iverson’s life, you may be surprised the learn that the pigskin was the Philadelphia 76ers legend’s first love. And an upcoming Reebok Question nods to what could’ve been.

Throughout his time at Bethel High School in Hampton, VA, Iverson played positions spanning from wide receiver to quarterback. Unsurprisingly, A.I. displayed the same athleticism and ferocity he went on to transform the NBA with during his pre-Georgetown University days. After state championships in basketball and football during his junior year of high school, numerous colleges attempted to recruit “Bubba Chuck” (as he was affectionately referred to in his hometown) for both sports.

History has played out with Iverson joining the Hoyas program under the guidance of the late John Thompson, but what’s lesser known is that A.I. approached the legendary coach about also playing football for Georgetown (which likely served as the inspiration for this pair’s “Vector Navy/Silver Metallic” colorway). After quickly being shut down by Thompson, the then-freshman forgot about his first love and focused on basketball. As his signature sneaker line with Reebok and NBA accolades have shown, Iverson didn’t make a wrong choice. It’s very possible that he would’ve gone on to change the NFL in the same way he did the NBA, but that story is left to “What if?” conversations.

Enjoy official images of this suede and leather Question here below, and find pairs available with football-field-graphics on the sockliner at Reebok.com on September 18th.

For more from Reebok, check out the latest regarding the Instapump Fury. 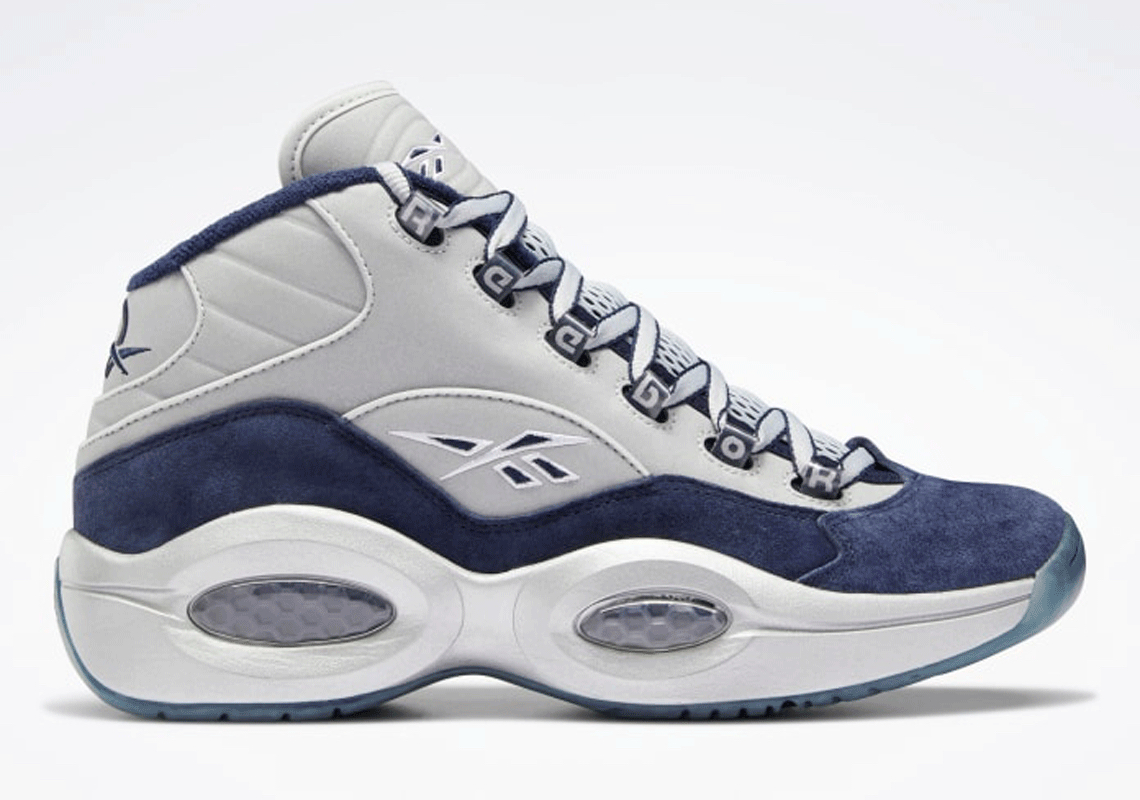 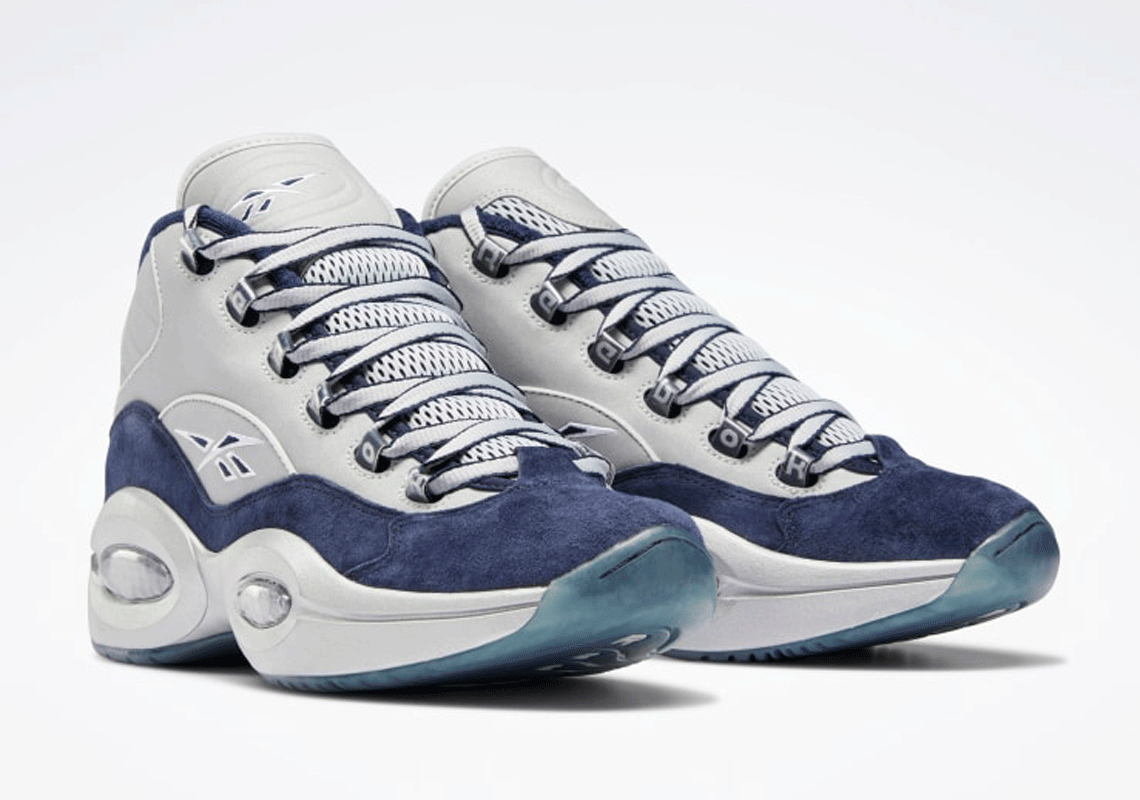 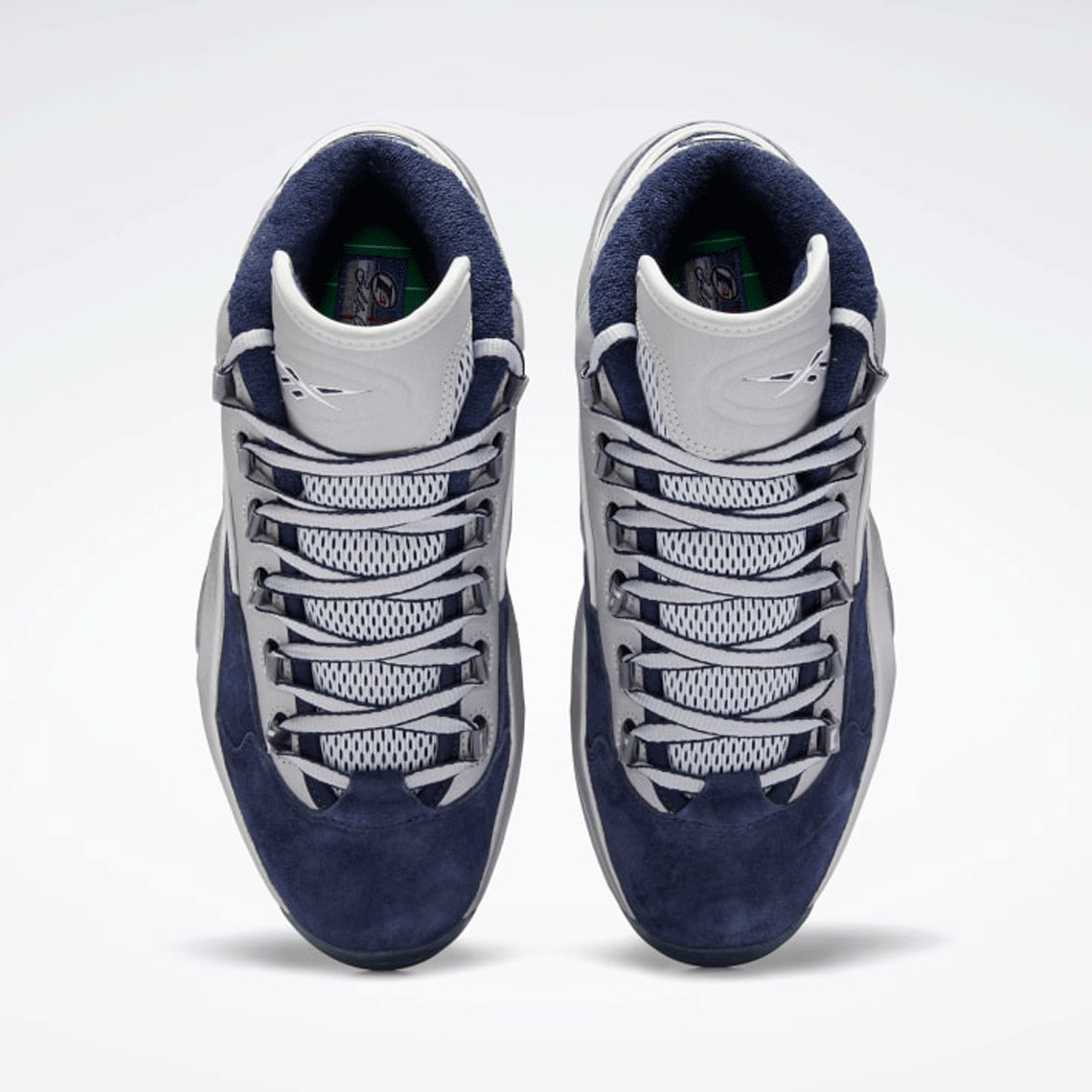 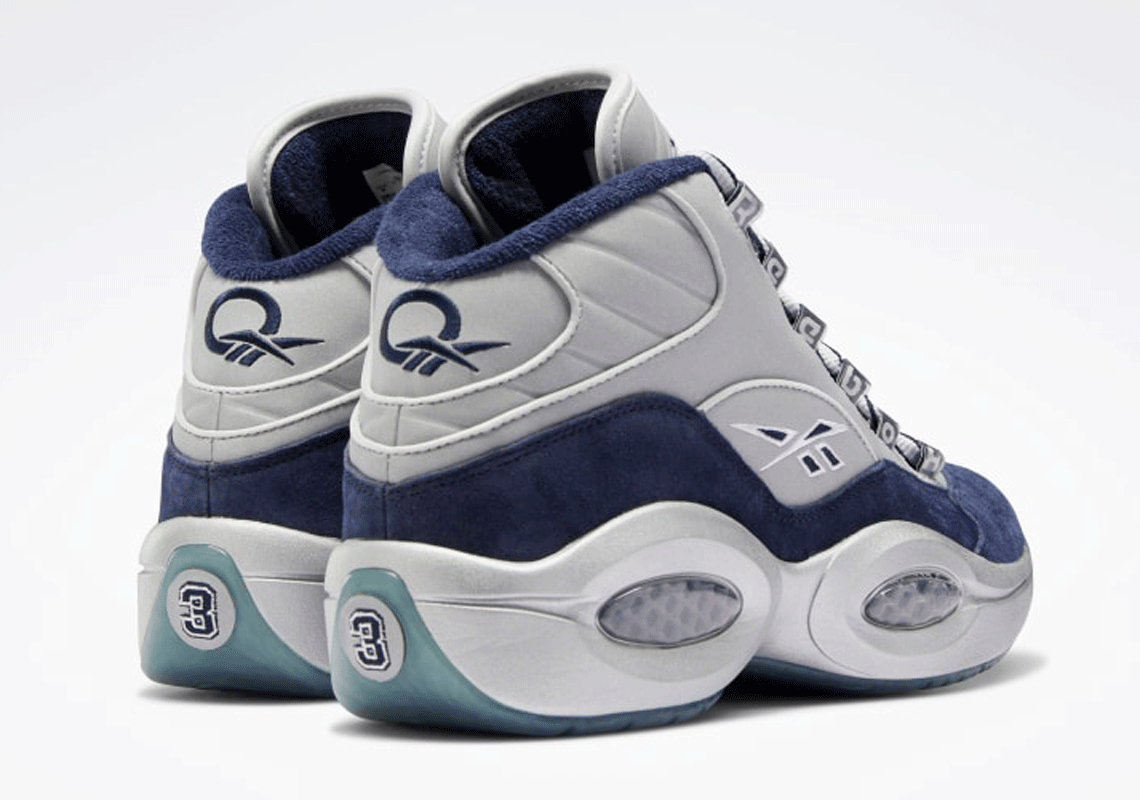 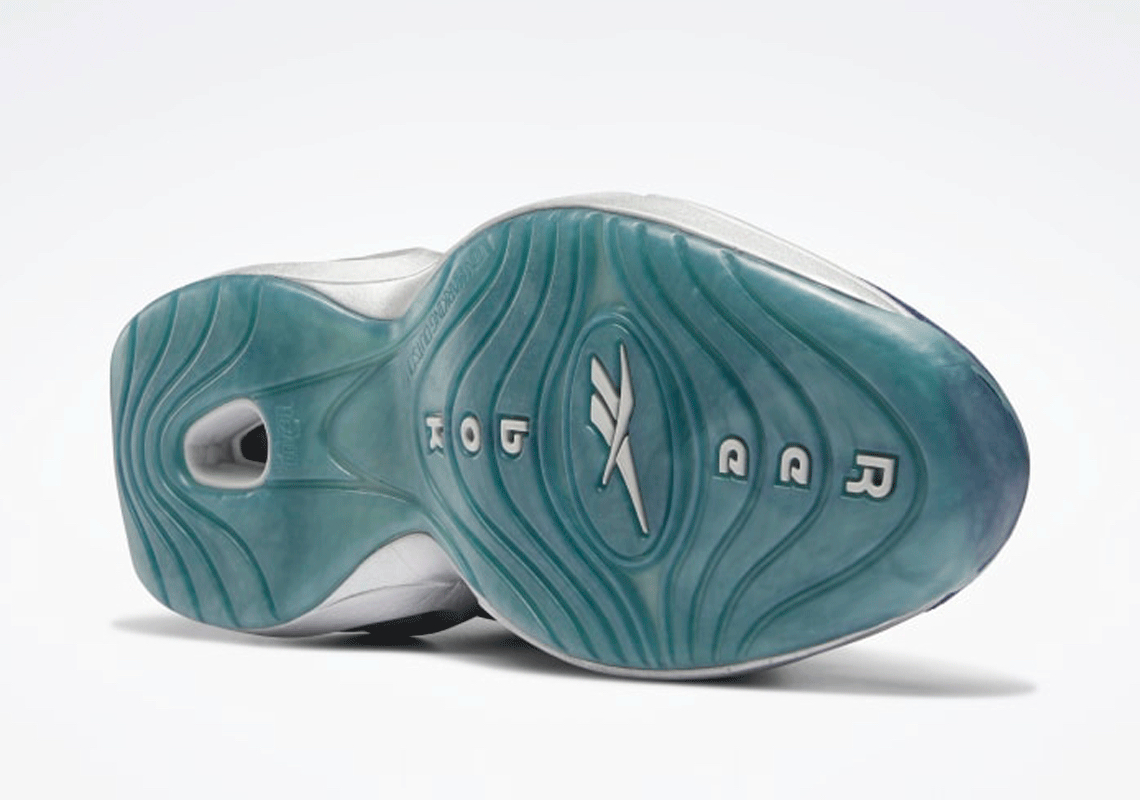 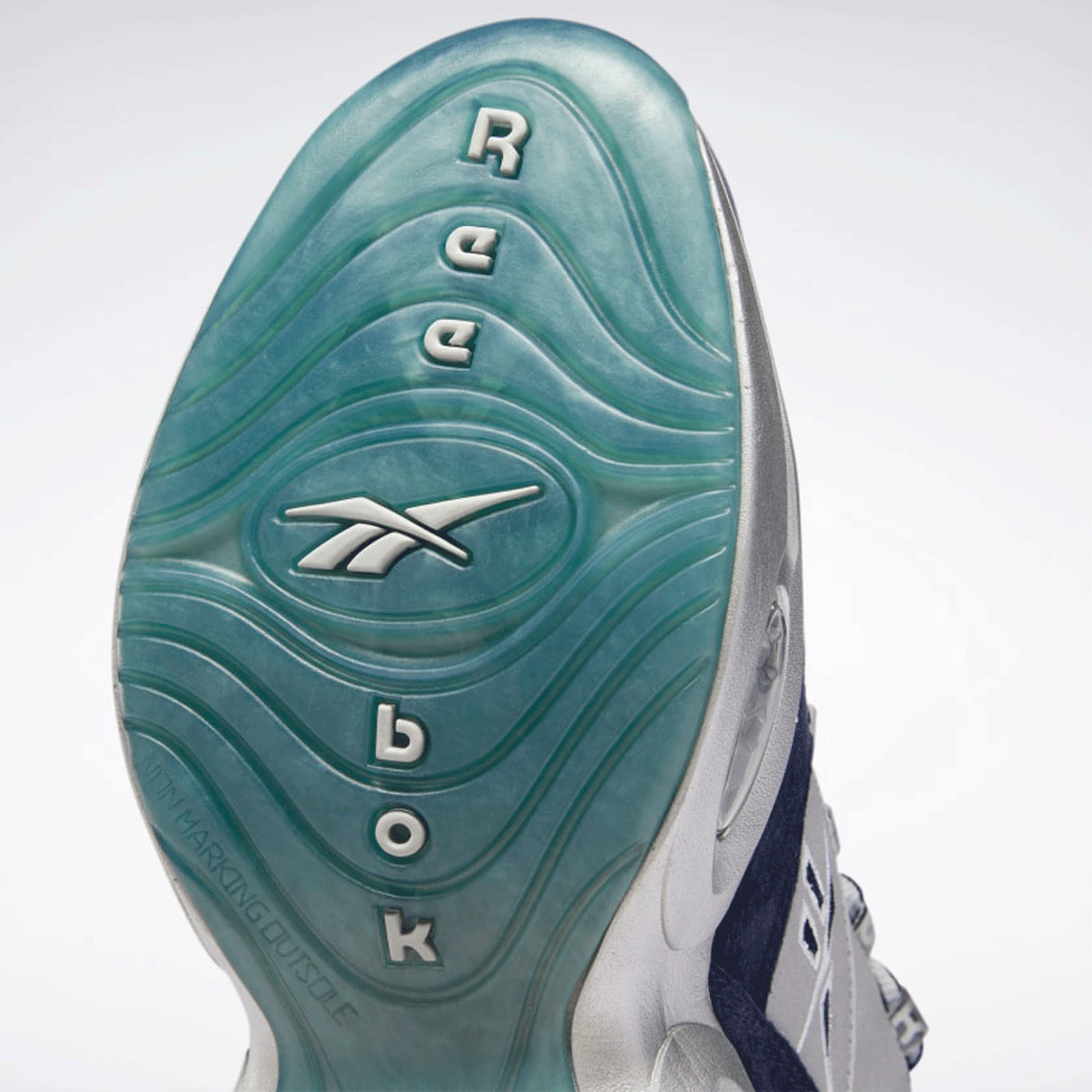 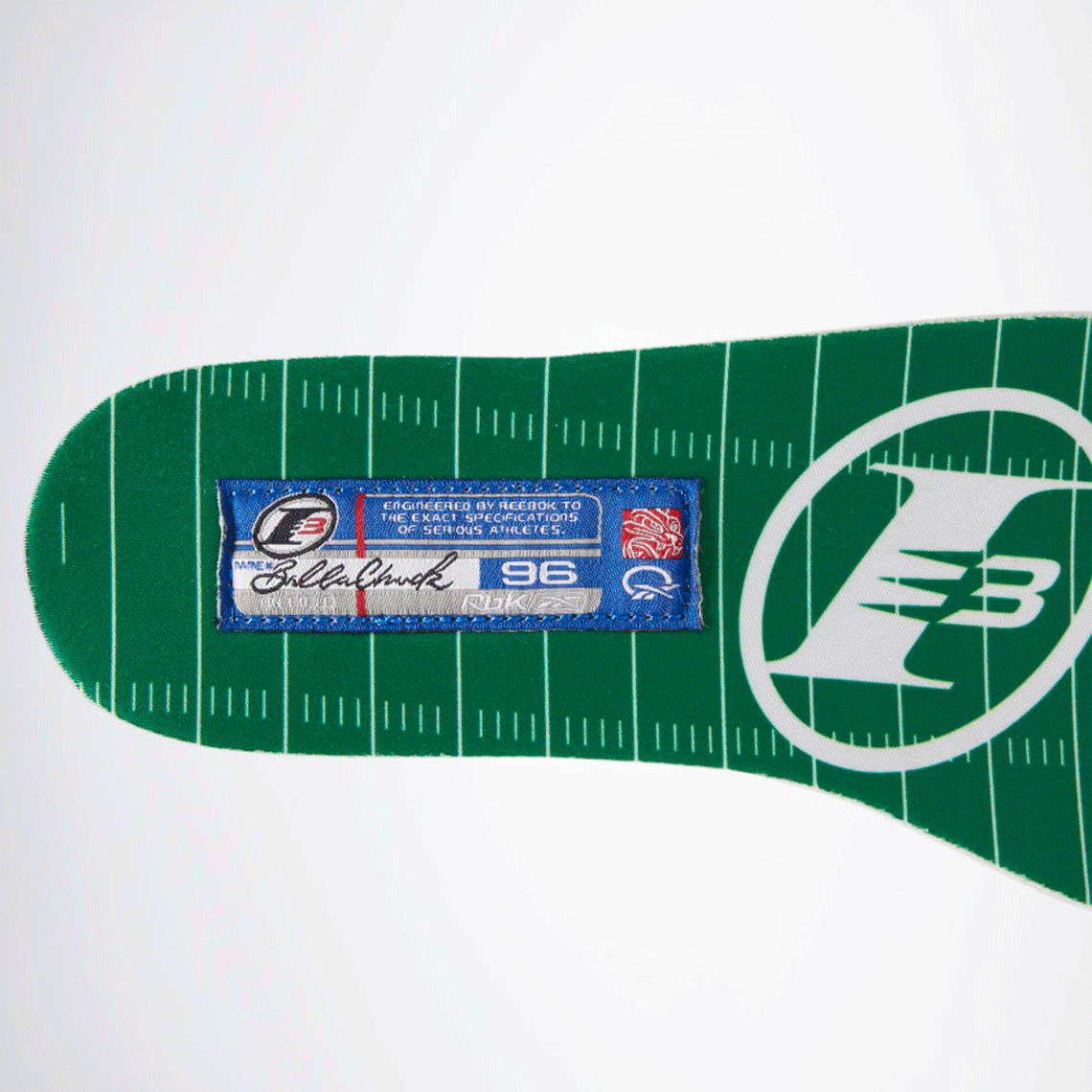 By way of both his music and his inimitable style, Tyler, the Creator has become one of the largest influential figures in pop culture, many adoring fans looking to emulate the artist through his Golf Wang label and its many releases with Converse. After a small hiatus, it looks like said partnership is picking back...

2020 has been a special year for the Nike Dunk as the silhouette has resurged to the top of the most wanted lists for many sneaker lovers across the globe. And throughout the past several months, the Swoosh team has blessed fans both old and new alike with the return of the model’s “Be True...

Due most in part to its minimal construction, the Blazer Mid only receives moderate tweaks. And this continues to ring true with the silhouette’s upcoming colorway, a pair whose swooshes add on additional layers. But aside from its branding, the pair is quite understated, only making use of a tumbled...

Following the official unveiling of the Jordan Brand Spring 2021 collection, the Air Jordan 1 Low has emerged in a “Silver Toe”-like arrangement first seen on its taller counterpart. “Black” leather wraps around the toe, along the tongue and across much of the heel, with the underlays throughout indulging in...

For the 30th anniversary of the Air Max 90, Nike did not hesitate to bring back classics such as the Air Max 90 “Infrared” nor get creative with new styles like the Air Max 90 “Archetype”. Before the brand concludes the celebration, they’re delivering a variation clad in Miami Vice-inspired...